“Rare are the riders, who, truly passionate about the horse and its training, are deeply interested in a self-sacrificial training and who are willing to make this work, extraordinarily subtle in nature, one of the greatest concerns of their lives.” – Nuno Oliveira

THE SOUL OF BREEDER

Cradled from my earliest childhood on the family ranch, I never saw myself doing anything but raising horses.

It was during a visit to Portugal that I discovered the Lusitano breed. I was still a child but the revelation was there. This particular horse exerted a kind of pull on me, one that grew into a deep and long-lasting fascination.

My parents helped me on my way to making my dream come true: they imported my first three broodmares. Since then, my love for this breed has continued to grow and is strengthened at each birth. 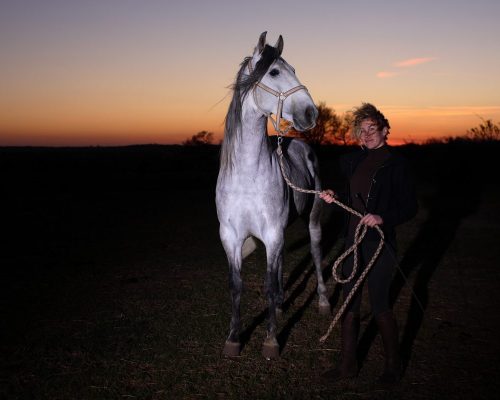 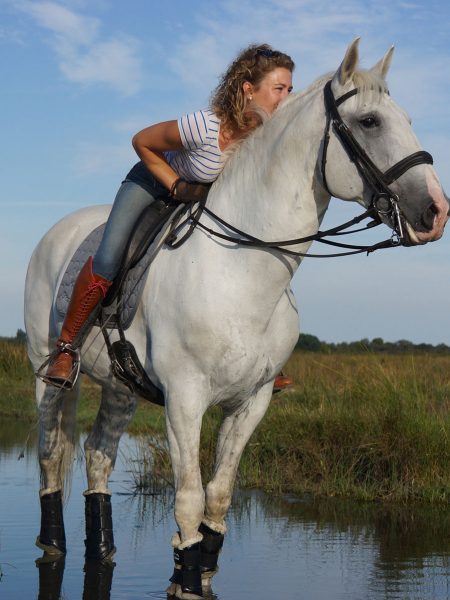 On horseback by age 5, I practiced riding on the family bull ranch (toros bravos). Working with bulls naturally led me to the bullfighting stable. From there it was a quick step to teaching myself about dressage and working with young horses.

At the end of my studies, my passion for the Lusitano breed led me to Portugal, to the stable of Manuel Jorge Oliveira. There, I became a rider for and a pupil of Master Nuno Oliveira.

In 2010, I started to train under Christian Forlini, dressage rider and renowned trainer. This allowed me to start competing, with very satisfying results:

In 2017, I began training under Arnaud Serre, an internationally-acclaimed rider. The rigorous work that we did helped me win first place at the grand regional competition in Aix-en-Provence in the “Pro 2” category.

Out of different riding schools and different teachings, I have forged my own riding methodology, one that subtly balances equestrian art and sport riding.

In 2017, I obtained my DEJEPS in dressage, certifying and enriching the experience I had acquired to date in the fields of competition and teaching.

In my mind, being a good trainer goes beyond the mere transference of technique. It’s a personal sharing that requires trust, a listening ear and understanding. 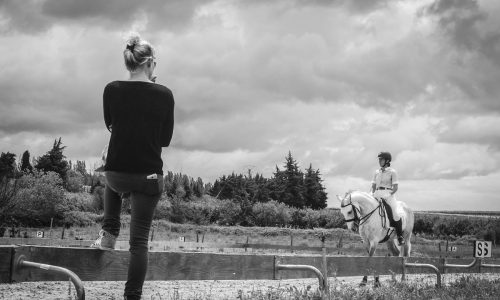